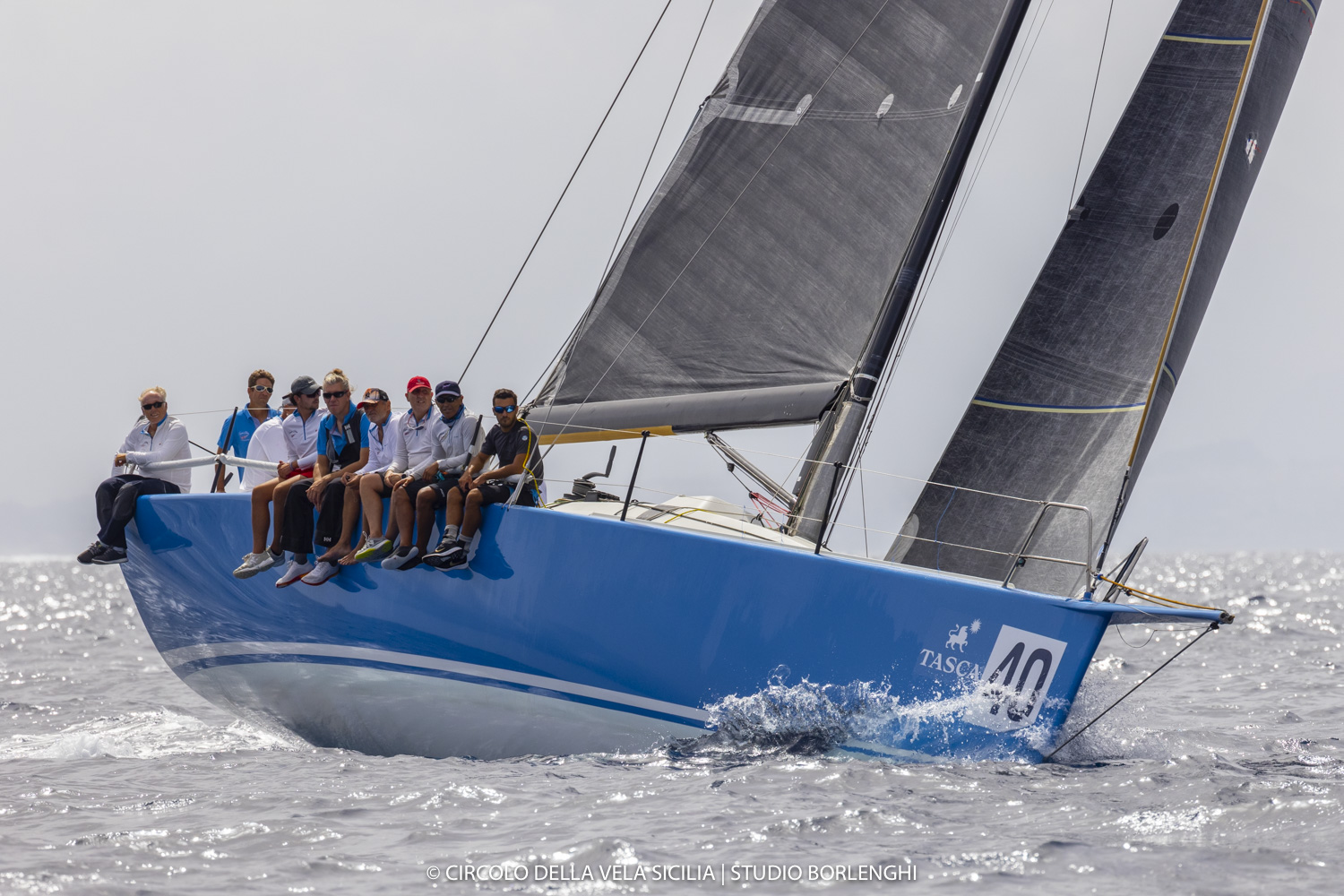 The Palermo-Montecarlo 2022, organized by the Circolo della Vela Sicilia in collaboration with the Yacht Club de Monaco and the Yacht Club Costa Smeralda, created in 2005 and which soon became a great classic of offshore Mediterranean sailing, has come to an end today.
This year’s edition was tough, exciting, with an exceptional list of names participating, and had a decidedly Transalpine flavor, considering that the two most important trophies went to French boats, both sailing with the same burgee from the Société Nautique de Marseille: the Mylius 60 Lady First III owned by Jean-Pierre Dreau (with Nicolas Berenger as tactician) was awarded the Giuseppe Tasca d’Almerita Trophy for winning on elapsed time, having crossed the finish line first at 23:47 on Sunday, after 2 days, 11 hours, and 47 minutes of navigation.
The Ker 46 Tonnerre de Glen owned by Dominique Tian (with Noé Delpech from the French Olympic Team, as tactician) instead won the Angelo Randazzo Perpetual Challenge Trophy for her overall success in the IRC group, arriving after a strategically-perfect regatta that saw the crew, protagonists of recent editions of the Palermo-Montecarlo, ending the regatta in second place on elapsed time, an incredibly remarkable result for a 45’boat.
“Our crew was exceptional, we are thrilled about this victory also because it was not an easy regatta, therefore the success is worth all the more”, declared Dominique Tian. “ I’m pleased that our friends from Lady First III have won this edition of the Palermo-Montecarlo on elapsed time: we are friends and club mates in Marseille, at the Société Nautique, so I am very happy for them and I congratulate them”.
Introduced for the first time this year, the Circolo della Vela Sicilia Trophy for the overall winner in the ORC group, was won by the Sun Fast 3600 Lunatika, owned and skippered respectively by Guido Baroni and Alessandro Miglietti, thanks to a perfect performance that led to winning both in their group and in the X2 class (two people on board).
Noteworthy also was the excellent performance of the Neo 570 Carbonita skippered by Edoardo Bonanno and Paolo Semeraro (owned by the Greek Manolis Kondilis), the boat sailing for the Circolo della Vela Sicilia came in at third place both on elapsed time and in the IRC group, deservedly winning the Emanuele Bruno trophy for the first Sicilian boat to cross the finish line. Elo II, the boat which had a young crew from the Yacht Club Italiano captained by Mauro Pelaschier, was third in the ORC group.
“Even this year the Palermo-Montecarlo gave its enthusiasts much excitement and many memories to share. It was a difficult edition, met with wind and sea conditions that were truly demanding, but for this reason all the more exhilarating” declared Agostino Randazzo, the Commodore of the Circolo della Vela Sicilia, before the prize giving scheduled for later this afternoon at the Yacht Club de Monaco. “I would like to thank all the participants in the regatta and the partners who worked alongside us in the organization: the date is set for next year for an even more engaging and spectacular Palermo-Montecarlo”.
A leg of the Italian Offshore Championship of the Italian Sailing Federation, of the Mediterranean Maxi Offshore Challenge of the International Maxi Association, and of the Mediterranean Class40 Trophy, the Palermo-Montecarlo is organized by the Circolo della Vela Sicilia in collaboration with the Yacht Club de Monaco e the Yacht Club Costa Smeralda, supported by the Department of Sport, Tourism, and Entertainment of the Regione Siciliana and with the promotional activity of SEESICILY; the co-participation of the Metropolitan City of Palermo; the support of the Sicilian Regional Assembly (ARS) and the partners Fondazione Sicilia, Porsche-Centro Assistenza Porsche Palermo, and Tasca d’Almerita.