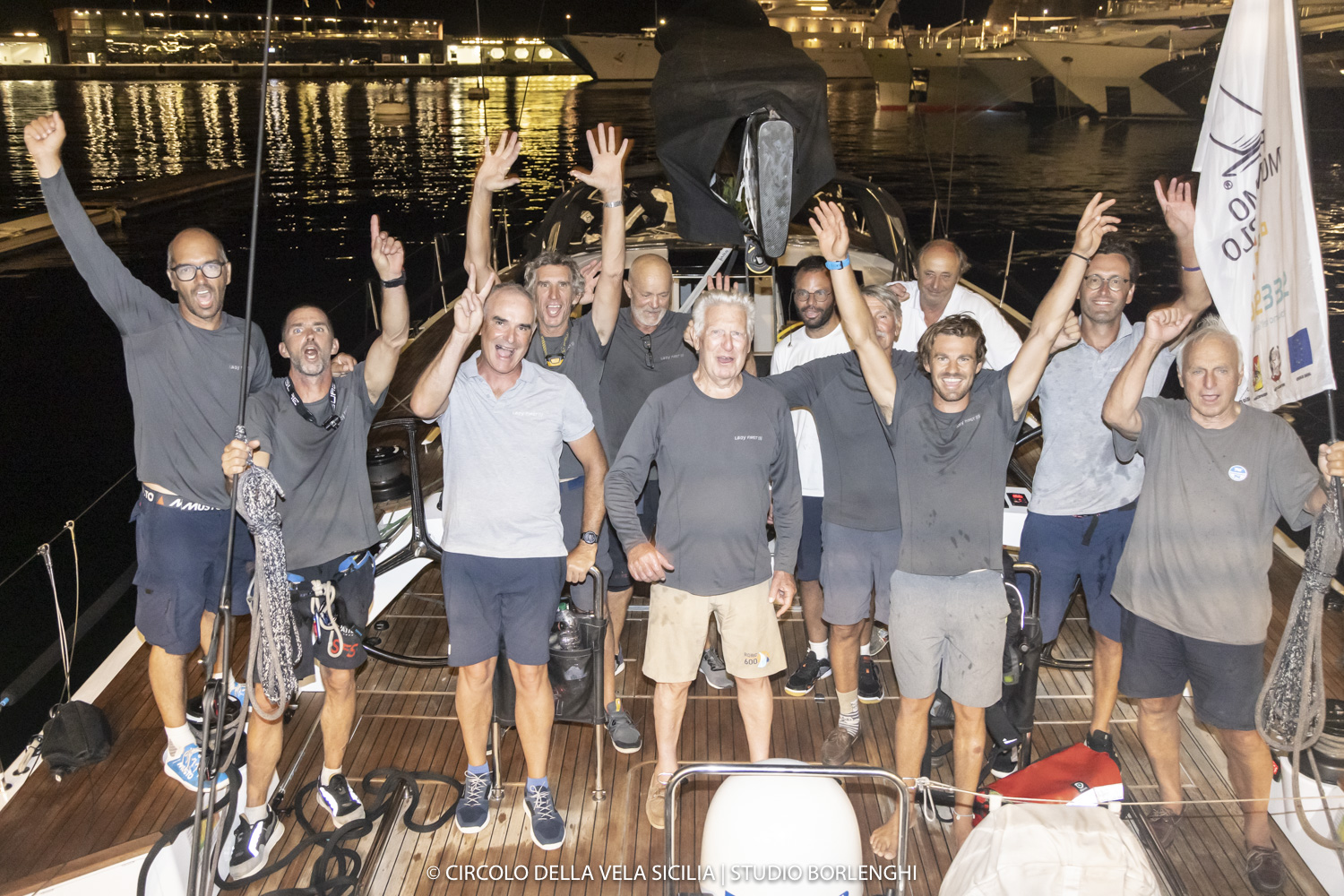 The first boat to cross the finish line in Montecarlo at 23:47 last night was the French Mylius 60’ Lady First III, winning on elapsed time the Palermo-Montecarlo 2022, the regatta organized by the Circolo della Vela Sicilia in collaboration with the Yacht Club de Monaco and the Yacht Club Costa Smeralda that set sail last Friday from the Gulf of Mondello.
Lady First III, an 18 ½ meter monohull built at the Italian shipyard Mylius Yacht and owned by Frenchman Jean-Pierre Dreau - on board was also the experienced and award-winning ocean yachtsman Nicolas Berenger - won the Giuseppe Tasca d’Almerita Trophy, completing the almost 500-mile route in 2 days, 11 hours and 47 minutes, a time that was longer than the record for the fastest time established in 2015 by Esimit Europa 2 (47 hours, 46 minutes, and 48 seconds), a Maxi boat which was over 40’ longer.
“We are really happy to have been the first to cross the finish line; it was a particularly beautiful regatta as it was demanding”, declared Jean-Pierre Dreau, upon arriving on the quay of the Yacht Club de Monaco. “It wasn’t easy, the weather conditions were always varying, but the crew worked impeccably to exploit as best they could the operational tactics that presented themselves. The team was exceptional and deserved the success in this regatta which once again proved to be wonderful.”
Coming in second at the finish line in Montecarlo, at 1:02 this morning was the Ker 46 Tonnerre de Glen owned by Dominique Tian, the artist of an exceptional regatta, while closing in third place was the Neo 570 Carbonita skippered by Edoardo Bonanno and Paolo Semeraro, the boat sailing for the Circolo della Vela Sicilia that crossed the finish line at 4:05, followed by the Austrian Farr 65 Sisi, which was the first boat to cross the gate at Porto Cervo.
At the moment of writing there were still 24 boats competing in the regatta after the withdrawals of seven along the way, among which Andrea Stella’s Lo Spirito di Stella, the Spirit of Nerina Lauria skippered by Gabriele Bruni, and Pascal Feryn’s Solano.
Once all the boats have crossed the finish line the standings for compensated time will be elaborated in order to award the Angelo Randazzo Perpetual Challenge Trophy to the overall winner of the IRC group, and the Circolo della Vela Sicilia to the overall winner of the ORC group.
A leg of the Italian Offshore Championship of the Italian Sailing Federation, of the Mediterranean Maxi Offshore Challenge of the International Maxi Association, and of the Mediterranean Class40 Trophy, the Palermo-Montecarlo is organized by the Circolo della Vela Sicilia in collaboration with the Yacht Club de Monaco e the Yacht Club Costa Smeralda, supported by the Department of Sport, Tourism, and Entertainment of the Regione Siciliana and with the promotional activity of SEESICILY; the co-participation of the Metropolitan City of Palermo; the support of the Sicilian Regional Assembly (ARS) and the partners Fondazione Sicilia, Porsche-Centro Assistenza Porsche Palermo, and Tasca d’Almerita.