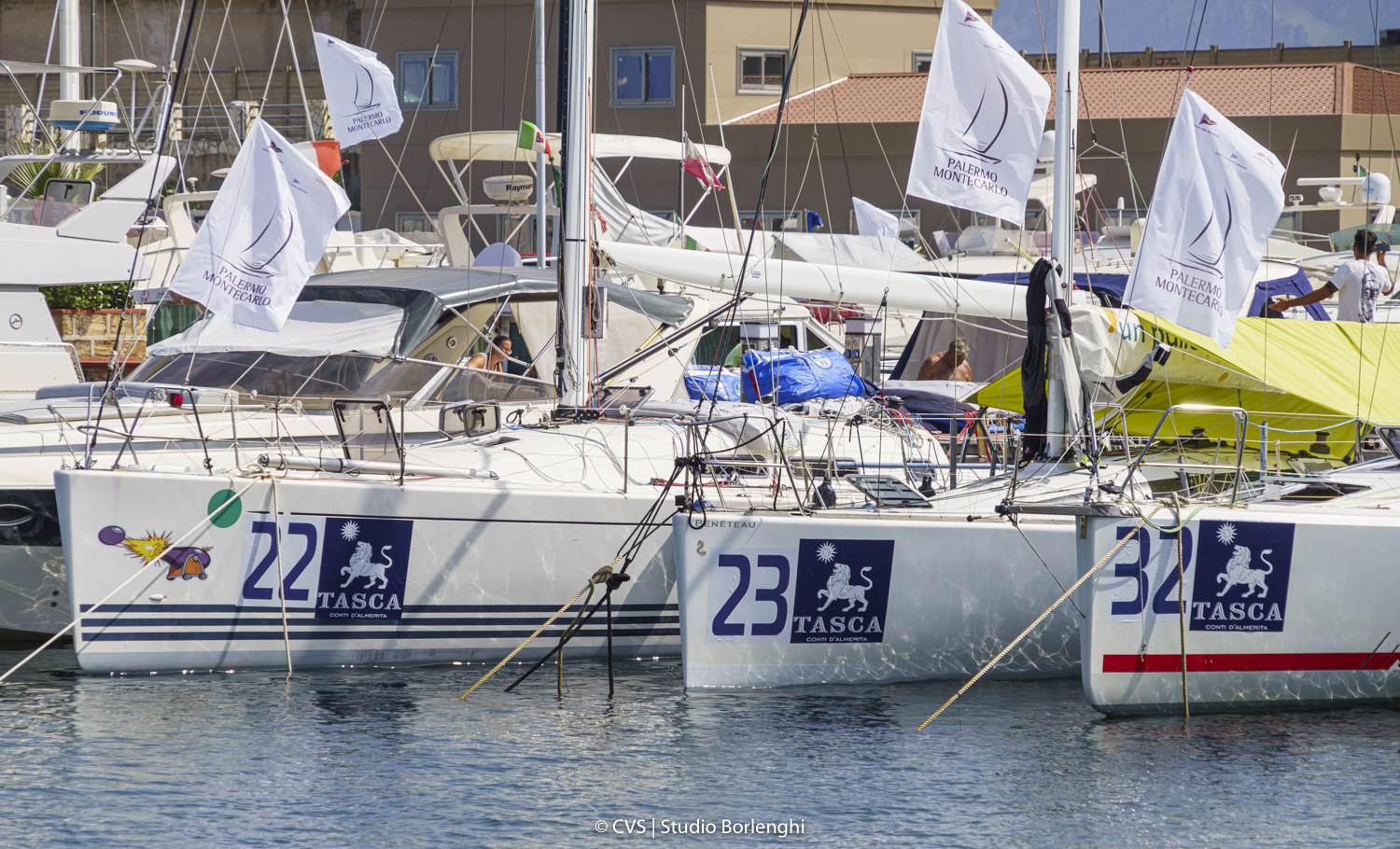 Just one more week of waiting and then it will be great sailing once again in Palermo with the start of the Palermo-Montecarlo 2022, the highly-anticipated offshore regatta organized by the Circolo della Vela Sicilia in collaboration with the Yacht Club de Monaco and the Yacht Club Costa Smeralda.
It all starts on Friday, August 19th at noon from the Gulf of Mondello, when the fleet of 44 boats will set sail in a regatta where renowned yachting champions will once again take part, consolidating a yearly tradition.
The list of boats and participants is nothing short of prestigious, from the Carbonita, owned by the Greek Manolis Kondilis and which will represent the home team Circolo della Vela Sicilia, manned by the super crew of Tommaso Chieffi, Alberto Bolzan, Gaetano Figlia di Granara and Diego Battisti and skippered by Edoardo Bonanno and Paolo Semeraro; to Ambrogio Beccaria and Alberto Riva on the Class 40 Alla Grande Pirelli making its racing debut; to Gabriele Bruni and Giuseppe Angilella racing with the Spirit of Nerina Lauria, Andrea Caracci on the Solano; Mauro Pelaschier on the Elo II; Stefano Raspadori on the Karnak; Frenchman and Palermo-Montecarlo veteran Kito de Pavant (HBF Reforest'action); and Nicolas Berenger (Lady First III).
This spectacular international fleet will tackle the almost 500 miles that separate Palermo from the Principality of Monaco, all competing for the Giuseppe Tasca d'Almerita Trophy, awarded to the first boat on the finish line in real time; the Angelo Randazzo perpetual Challenge Trophy, awarded to the overall winner on corrected time of the largest group between ORC and IRC; and, for the first time in the history of the race, the Circolo della Vela Sicilia Trophy for the winner on corrected time of the smallest group between ORC and IRC.

"We are approaching the start of the regatta and we can’t hide the satisfaction in seeing that this year the Palermo-Montecarlo fleet is of an exceptional level, both in terms of quality and quantity", says Agostino Randazzo, Commodore of the Circolo della Vela Sicilia, the club committed to working alongside the Luna Rossa Prada Pirelli Team in the next challenge of the America's Cup. "After a couple of difficult years for everyone, our organization can finally return to work at full speed and I’m really pleased that the response from owners and sailors was once again very positive. The Palermo-Montecarlo is a very popular regatta and we will do everything to make it even more beautiful this year as well”.