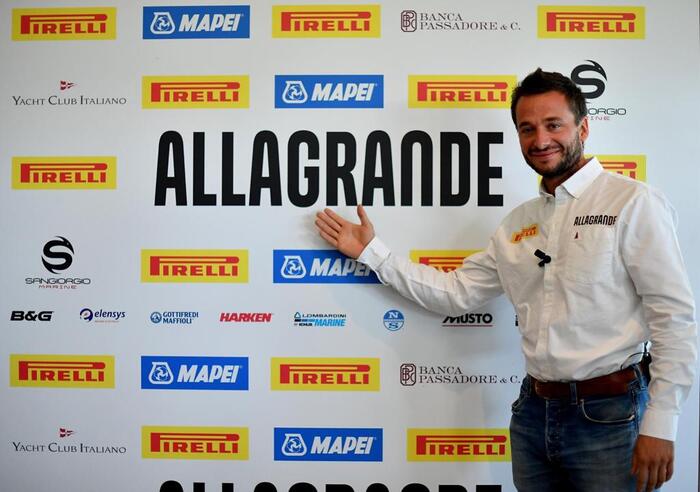 The thrilling glance at a huge fleet of racing boats off the Gulf of Mondello, waiting for the big event. The joy of sharing a route that crosses the Mediterranean Sea, symbolically uniting Italy and France. All this and much more is the Palermo-Montecarlo, the regatta organized by the Circolo della Vela Sicilia in collaboration with the Yacht Club de Monaco and the Yacht Club Costa Smeralda, which will start on August 19th from Mondello. The event has the support of the Sports, Tourism and Entertainment department of the Sicilian Region and with promotional activity undertaken by SEESICILY; the partnership with the Metropolitan City of Palermo; and that of the partners Fondazione Sicilia, Porsche Assistance Center Palermo, and the Tasca d'Almerita winery.
The Palermo-Montecarlo is an event conceived by the Club chaired by Agostino Randazzo, who is hard at work alongside the Luna Rossa Prada Pirelli Team in the next challenge of the America's Cup, and which this year will see the complete debut of Ambrogio Beccaria's new racing boat, the Class 40 Alla Grande.
30 years old and from Milan, in November 2019 Beccaria became the first Italian skipper to win a great ocean classic race, the Mini Transat, a success that led to and kicked off this new endeavor. The key names involved in the project are the designer Gianluca Guelfi and the builder Edoardo Bianchi, founder of Sangiorgio Marine the shipyard in Genoa that is building the boat; Pirelli, the main and lead sponsor of the project; and Mapei, the global sponsor of Alla Grande. It is a fully Italian challenge that will take its first racing steps in the Palermo-Montecarlo, making its debut before facing an intense program of ocean races. "Even if Alla Grande was born for the ocean", explains Beccaria from the Sangiorgio Marine shipyards where he is overseeing the boat building in its final stages, "It seemed right that a boat with such an Italian soul should make its debut in our sea, the Mediterranean. And there is no better regatta than the Palermo-Montecarlo, which for almost twenty years has promoted offshore sailing in our sea. It's a debut of sorts for me as well; it's the first time I’m taking part in this regatta, and I'm happy to be doing it onboard Alla Grande”.
At the moment there are about 40 crews registered in the Palermo-Montecarlo 2022, and among these the home team of the Circolo della Vela Sicilia certainly could not pass up the chance to participate. After last year’s triumph with the double victory of both the Angelo Randazzo Challenge Trophy (IRC group) and the overall ORC group, this year the same team will race onboard the brand new Neo 570C Carbonita, launched last May and owned by the Greek owner Manolis Kondilis. It goes without saying that there are great expectations regarding the home team, which has a crew built around the talents coming from the Circolo and skippered by Edoardo Bonanno. This project is the result of the collaboration between CVS and Paolo Semeraro's Neo Yachts shipyard, with the support of the sponsor Caronte & Tourist. On board, in addition to the crew from the home club, other champions of Italian sailing such as the tactician Tommaso Chieffi; Semeraro himself, who will be co-skipper of the boat; Gaetano Figlia di Granara, Diego Battisti, and Alberto Fantini will also be on board. "It will be a great challenge, because after last year’s success there is a lot of expectation around our participation; we have raised the bar even higher. And we are ready to give our all again to bring home a good result", explains Edoardo Bonanno. “Ours will be a crew made up of professionals and well-known champions who will be joined by members of our home club; it’s the right mix to face a regatta like the Palermo-Montecarlo. The brand new NEO 570 will make its debut in the regatta with this test, which makes us both proud and curious. I'm sure we have all that it takes to defend last year's result with a highly-performing boat.”
Also noteworthy is the presence of the well-known French ocean navigator Kito de Pavant on the Class 40 HBF Reforest’action; of the Italian sailor Andrea Caracci, skipper of Solano; of the French crew of Tonnerre de Glen skippered by Dominique Tian; and of Christian Kerl’s Class 40, Blue Planet. The big day is set for the 19th of August at 12 PM in the Gulf of Mondello, for the start of a regatta that is also a stage of the Italian Offshore Championship organized by the Italian Sailing Federation, the Mediterranean Maxi Offshore Challenge organized by the International Maxi Association, and a stage of the Class40 Mediterranean Trophy.