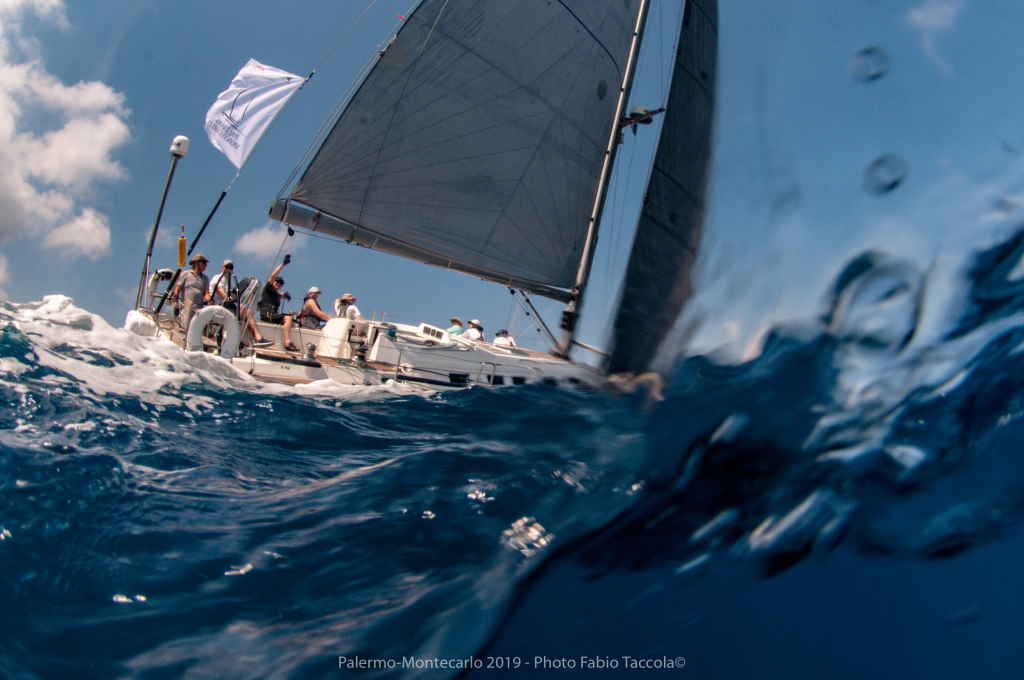 With the launch of the new site, renewed both in terms of graphics and contents, and the formalization of the dates of the next edition, the XVI Palermo-Montecarlo begins to get underway. The start of the famous offshore regatta organized by the Circolo della Vela Sicilia, Challenger of Record of the next edition of the America’s Cup alongside Team Luna Rossa, is scheduled at 12.00 on Tuesday 18 August, a few days before the traditional date.

At this precise moment, the fleet of participants will set sail to complete the racecourse long about 500 miles between Sicily and the Principality of Monaco, with the passage of a "gate" placed in front of Porto Cervo managed by the YC Costa Smeralda. And it is in Montecarlo, at the headquarters of the YC de Monaco, that the final award ceremony will take place on Sunday 23rd.
For this next edition, which will again be part as a stage of the Italian Offshore Championship organized by the Italian Sailing Federation and part of the Mediterranean Maxi Offshore Challenge organized by the International Maxi Association, the main goal is to keep on growing in terms of number of entries and also in terms of sporting values of the registered boats, a trend that has always characterized the Palermo-Montecarlo, an event able to attract every year some of the most beautiful and fastest racing boats of the Mediterranean. See for example last year edition, with the Maxi 82 'Vera owned by Miguel Galuccio, or even the year before with Rambler 88 owned by George David (with onboard America's Cup legend like New Zealander Brad Butterworth) and the other Maxi Yacht Lucky owned by Byron Ehrhart or Atalanta II owned by Carlo Puri Negri.
These are just some of the big yachts who have raced the Palermo-Montecarlo over the years, onboard we've seen champions of sailing and sport in general (the Croatian skier Ivica Kostelic, for example), and it transformed this race into a cult event not to be missed by all offshore sailing lovers who get in the water to conquest - in addition to the individual class prizes - the Angelo Randazzo Perpetual Challenge Trophy for the winner in compensated time of the largest group of the two expected, it's been won last year by the italian crew of Primavista Lauria, and the Giuseppe Tasca d'Almerita Trophy, for the first hull at the finish line in real time, atrophy currently held by Vera.
The record of the regatta still belongs to the Maxi Esimit Europa 2 owned by Igor Simcic, protagonist in several editions: 47 hours, 46 minutes and 48 seconds, the record was established in 2015, breaking the previous record of an hour and 15 minutes.

The OFFSHORE RACE starts from Mondello’s Gulf and finishes at the Principality of Monaco, organised by the ‘Circolo della Vela Sicilia’ and the ‘Yacht Club de Monaco’, in collaboration with ‘Yacht Club Costa Smeralda’, reaches its sixteenth edition.